Mercedes Benz Research and Development India(MBRDI) was like my second home. I enjoyed every bit of work I was doing here. The work experience at Daimler is priceless. Deciding to move out from MBRDI and Daimler was tough. This is both in terms of colleagues and work. Sometimes we take a strong decision - to move on. Let me walk through my wonderful Journey at MBRDI.

24th September 2018, Monday - The day was really special in two ways. First day at MBRDI as well as my birthday.
Reporting time was 7:15 AM at office. Reached around 6:55 AM. Got the temp id card, and waited in the lobby for the HR to lead us. Office reception is stunning. Had breakfast from cafeteria, and moved along with the joining group. Joining process was hassle free and motivating.

That was two day’s of induction. Collected the laptop. Figured out building and cubicle location. Called the buddy(contact person from team) to know the exact place. Met him, he walked us to the team. Also asked us(another person was joining along with me) to choose the cubicle we want, as there were several free cubicles. I took the one, which was beside me. It all started from there.

In the initial days, I did what most of us do in the new company. Building a network within the team. Walking through the code base of existing projects. Attending team meetings like reading Greek. Going through intranet pages. Understanding corporate policies, blah, blah, blah,…

But soon I got assigned to a project DD - which changed my career at MBRDI. 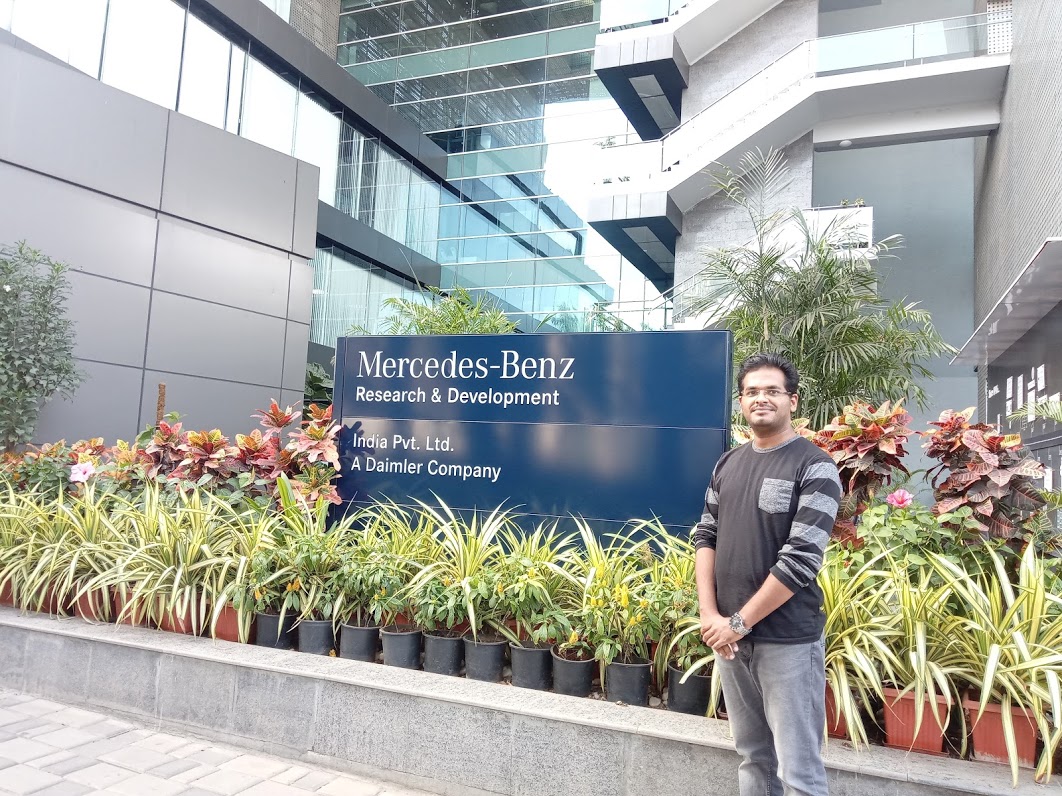 DD is all about saving, viewing, editing, and archiving 2D drawings. Working in an organization that invented the Car means, there will be lots of engineering drawings involved. Drawings from the age of my grand-grand-grandfather till now.

Our team consists of two sub-teams. Our counterpart in Germany and we in India. My responsibility is leading the development in India.

The project was kind of in it’s initial state when I was about to take lead. The heterogeneous stack made it more complex. Tech stack includes Java, Javascript, C#, XSLT,… C# and XSLT were new to me. C# felt more like a sibling of Java. If you are good at Java, you can read C# code easily.

Being a lead doesn’t mean that I have deep knowledge of all the technology involved. Nevertheless, it’s good to know all the languages at the surface level. Having a basic understanding of each language helps in understanding the pros and cons of each. More about language agnostics can be found on my previous blog.

Understanding the project end to end was my next task. It’s a lot to understand from different team members. It took some time. Like 2 months. Every time I try to understand the process and the code, I was trying to answer the following questions to myself.

There is a cardinal module responsible for visualization. We figured out that it’s worth rewriting the module. Primary reason being, difficulty in scaling and maintaining the module in the coming years. It was a bold, risky and, worth move done by the team. Let me brief you.

Sometimes we have to take risks. Fortunately in our case risks paid off well. But that doesn’t mean that failure is inevitable. At times, I was skeptical of success. Then the team’s aspiration and our dream of the project’s success masked thoughts of failure, virtually and literally.

Eventually, I got a chance to lead the project responsible for 3D rendering as well. Unfortunately, I could not take it further, as I have already opted to move out of Daimler.

Our travels are generally to Stuttgart, Germany. 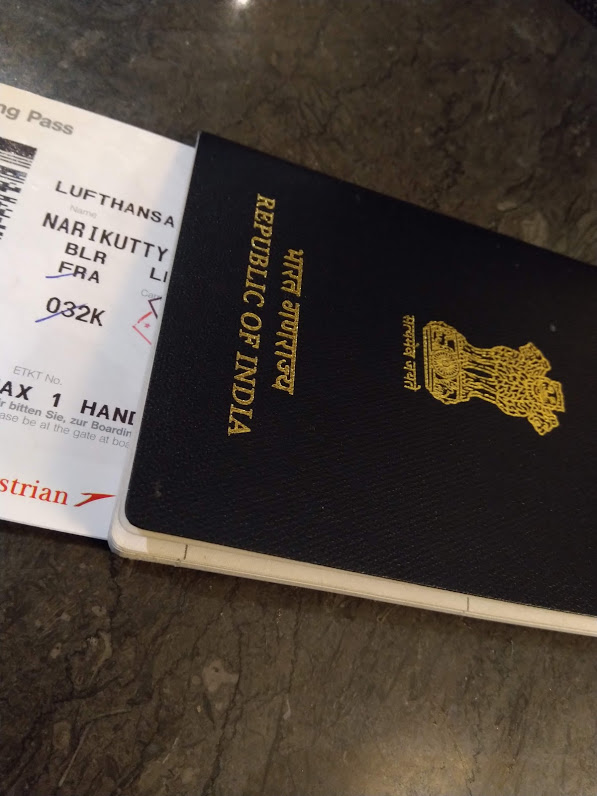 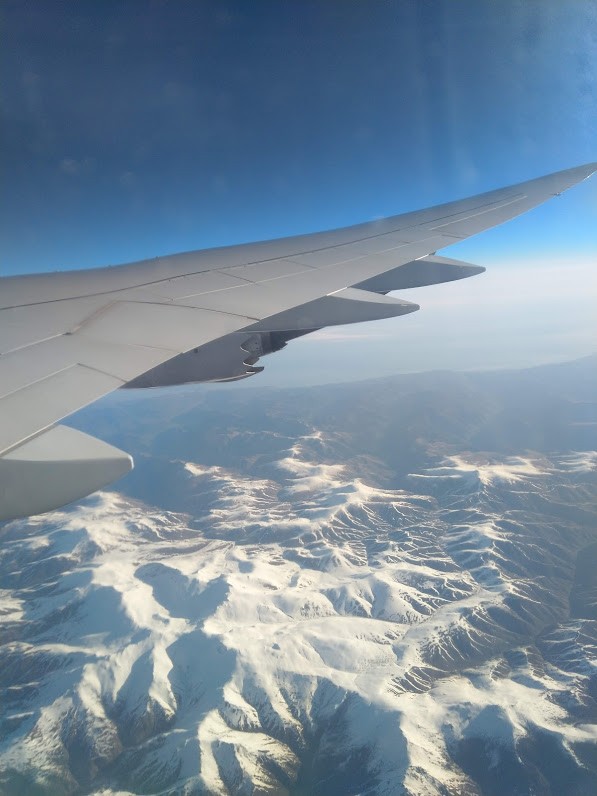 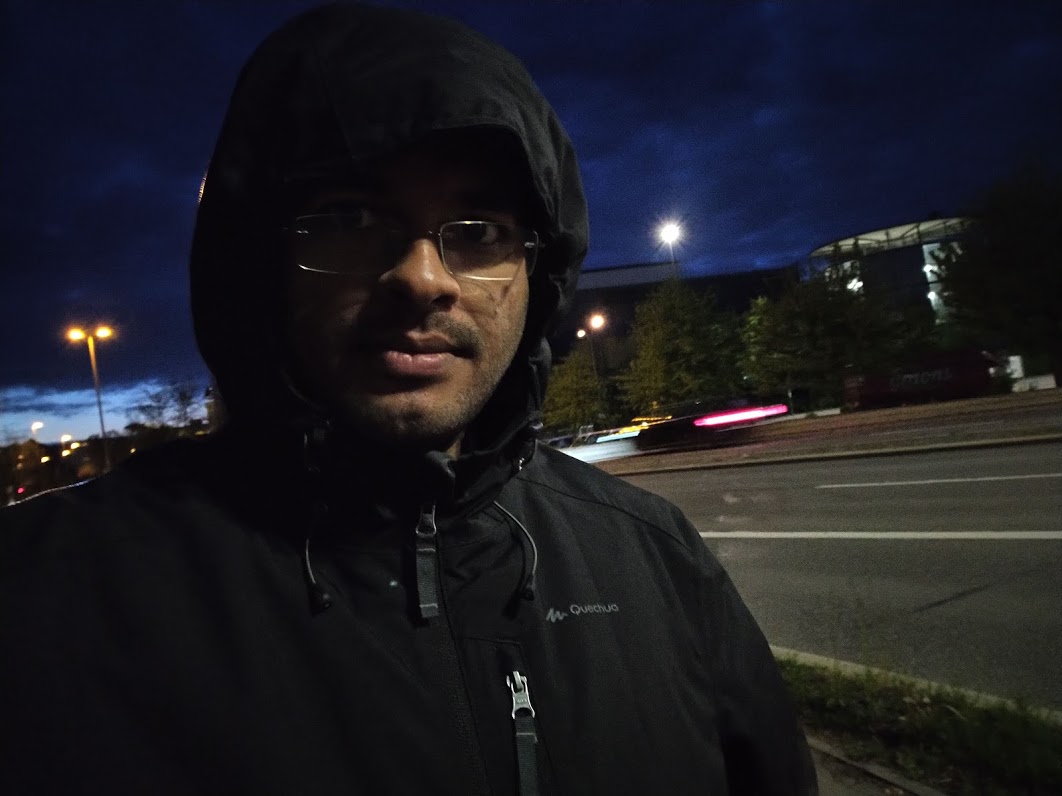 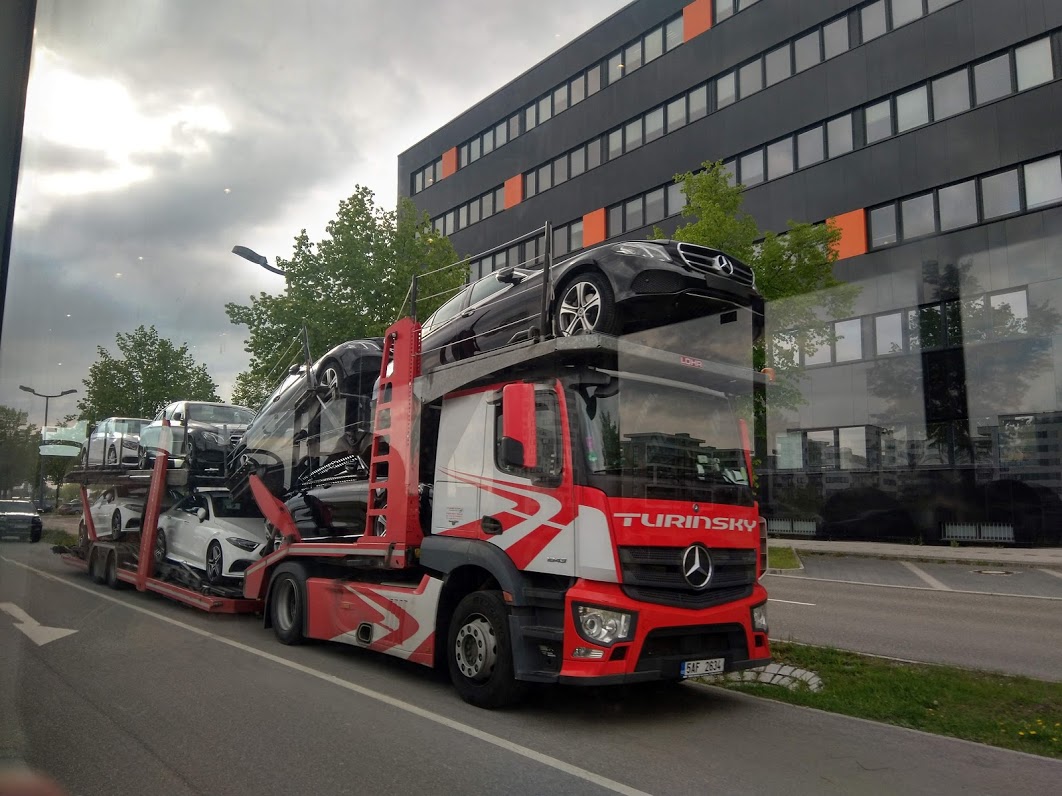 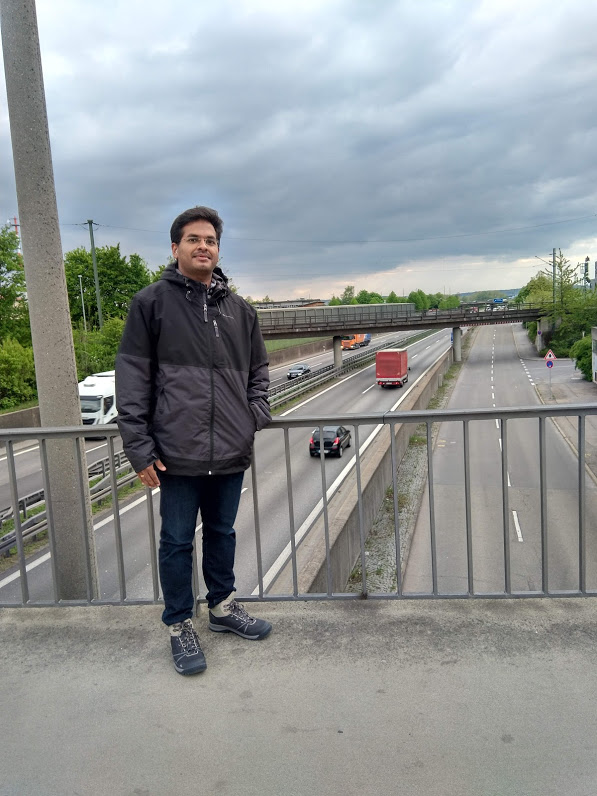 The weather at Stuttgart is at its finest sometimes. It will be around 12 to 15 degrees celsius. You could feel the breath vapor. Ambling on the streets, when the mild breeze gives you a tight hug. Sometimes these are best enjoyed with your family, but again business trips. Streets are clean as water from the Alps. Roads are well maintained. The Atmosphere is spotless. The breath we take feels naturally sweet. Public transport is at its best. You can see the pristine stream of water flowing underneath the roads. Tulips of vivid colors are scattered along the streets. It’s a feeling to be felt. 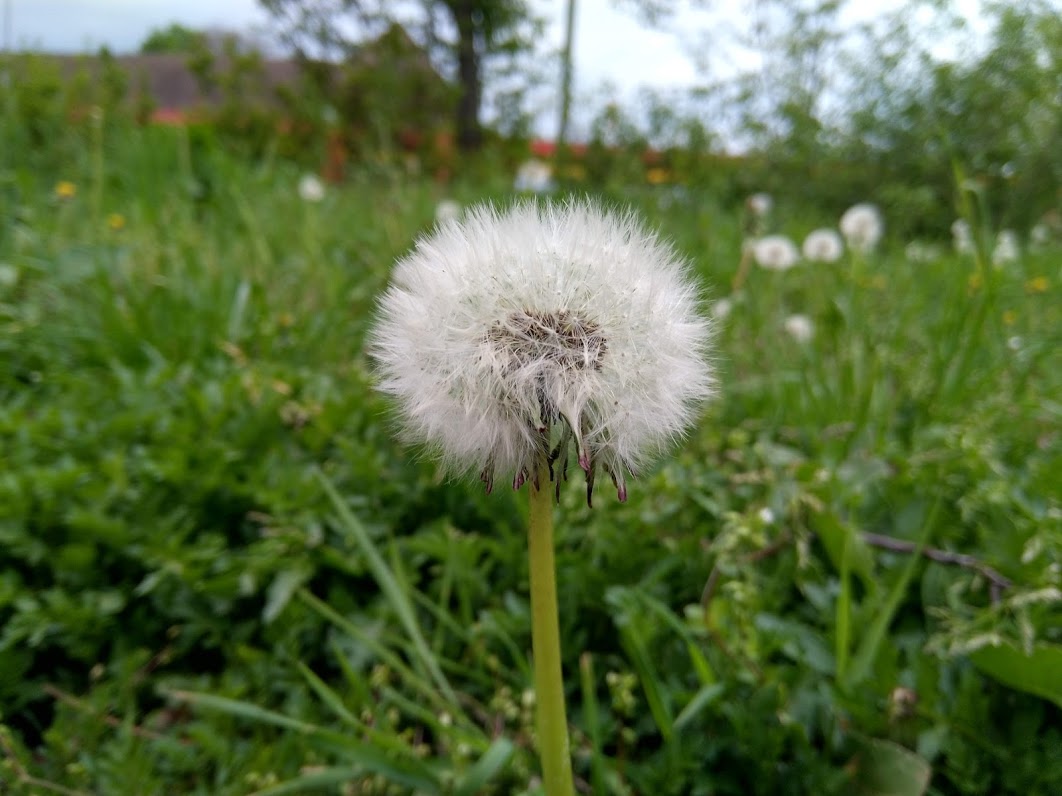 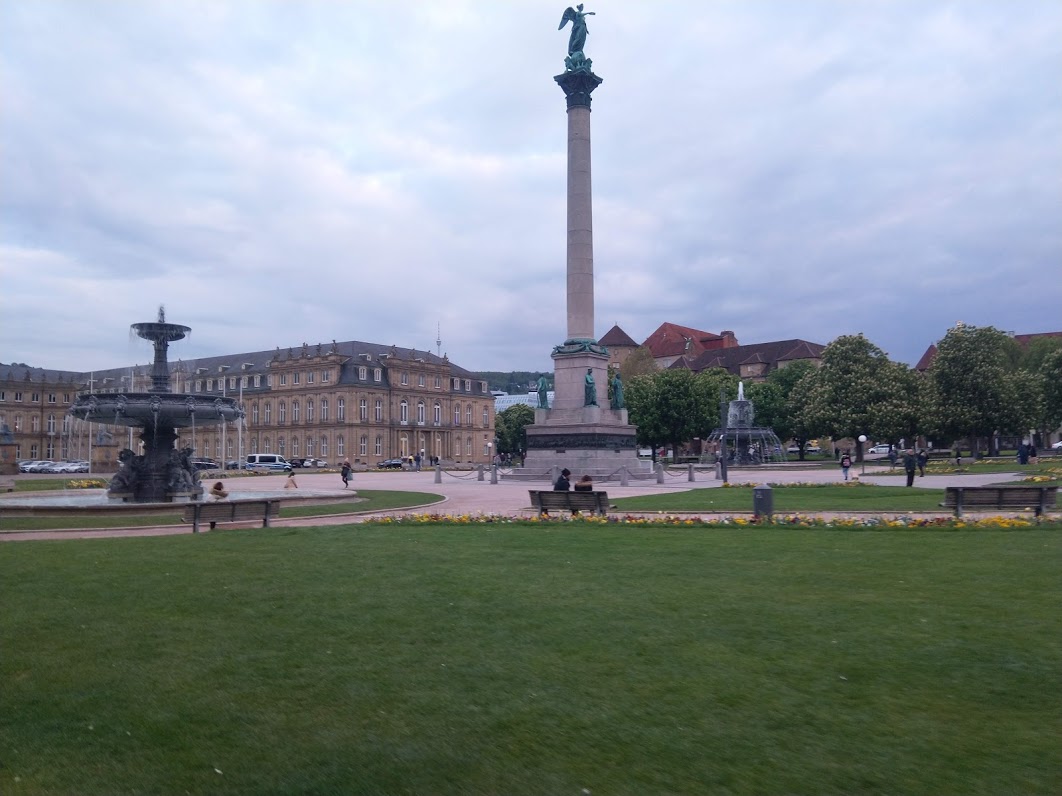 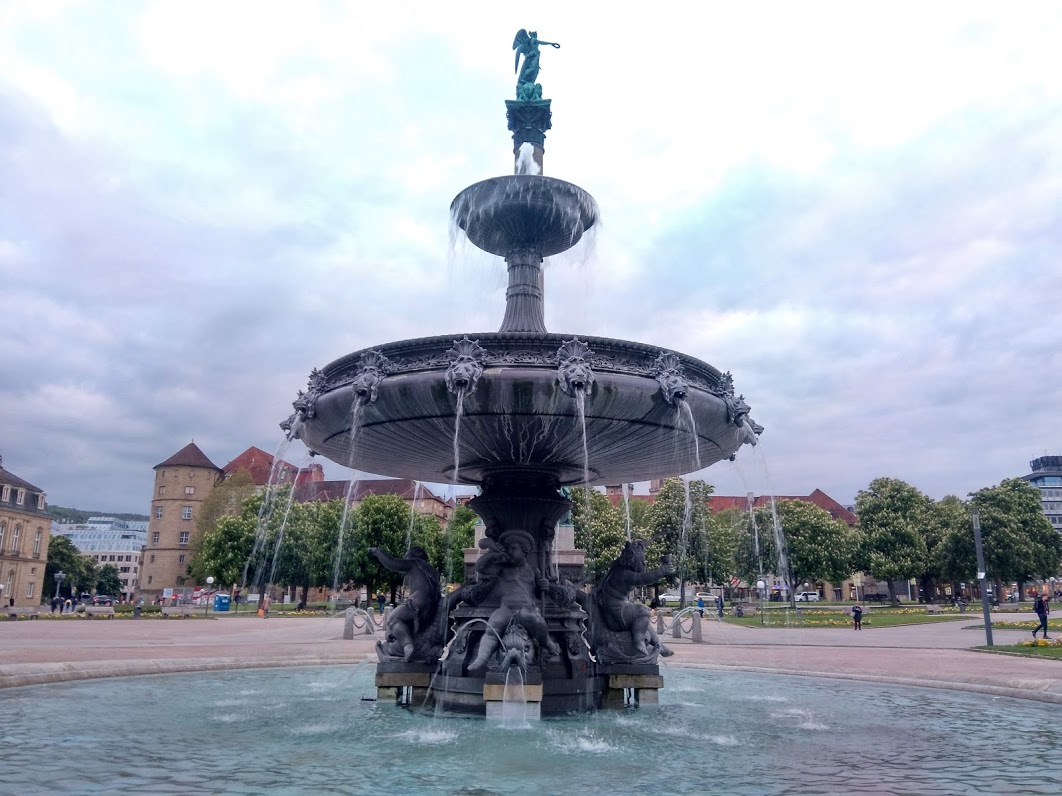 The primary reason for the country being tidy is the culture of the people. Germans treat the house and surroundings the same way. People obey and respect the rules. The same is done by authority as well. Getting drinkable water on a public tap is not a luxury, it’s the fundamental right of people.

Our office was at a walkable 3 KM from the hotel. Sometimes we walk, and sometimes we take Bus. While walking you will see exclusive walkways for people who walk and cycle. It’s a calm and relaxing feel to walk on the roads. After the long walk, when you reach the office it’s a warm welcome. I mean the warmth of the heater is an absolute pleasure, especially when it’s snowing outside. 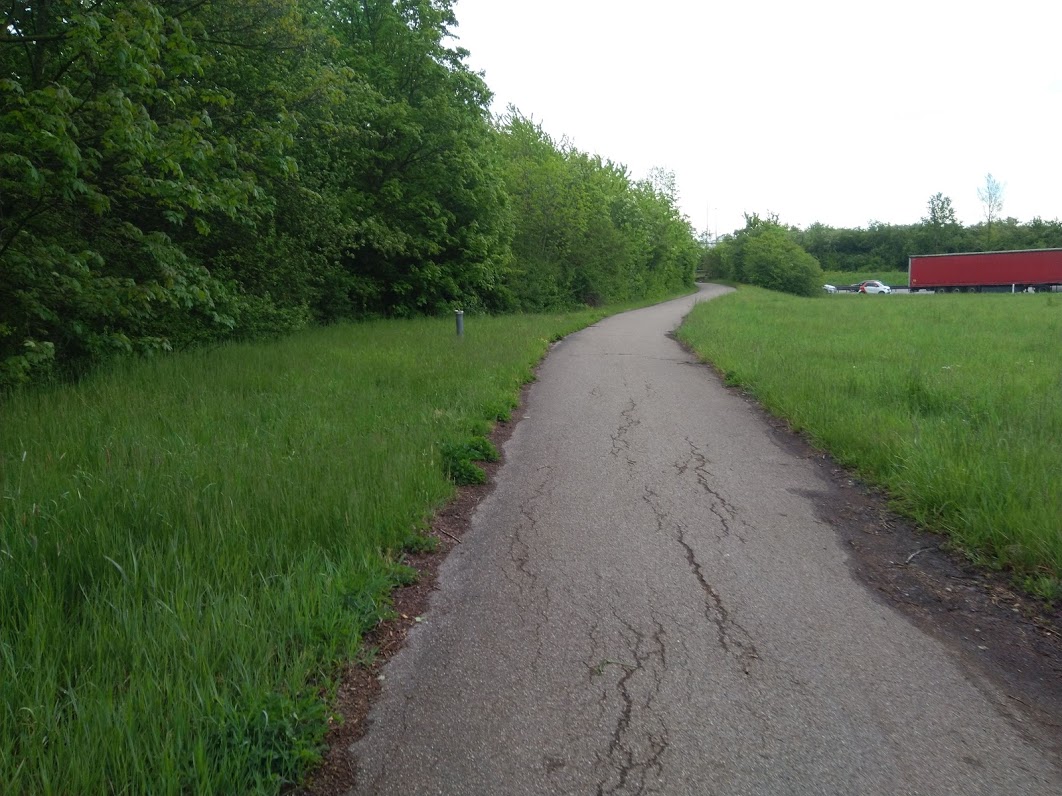 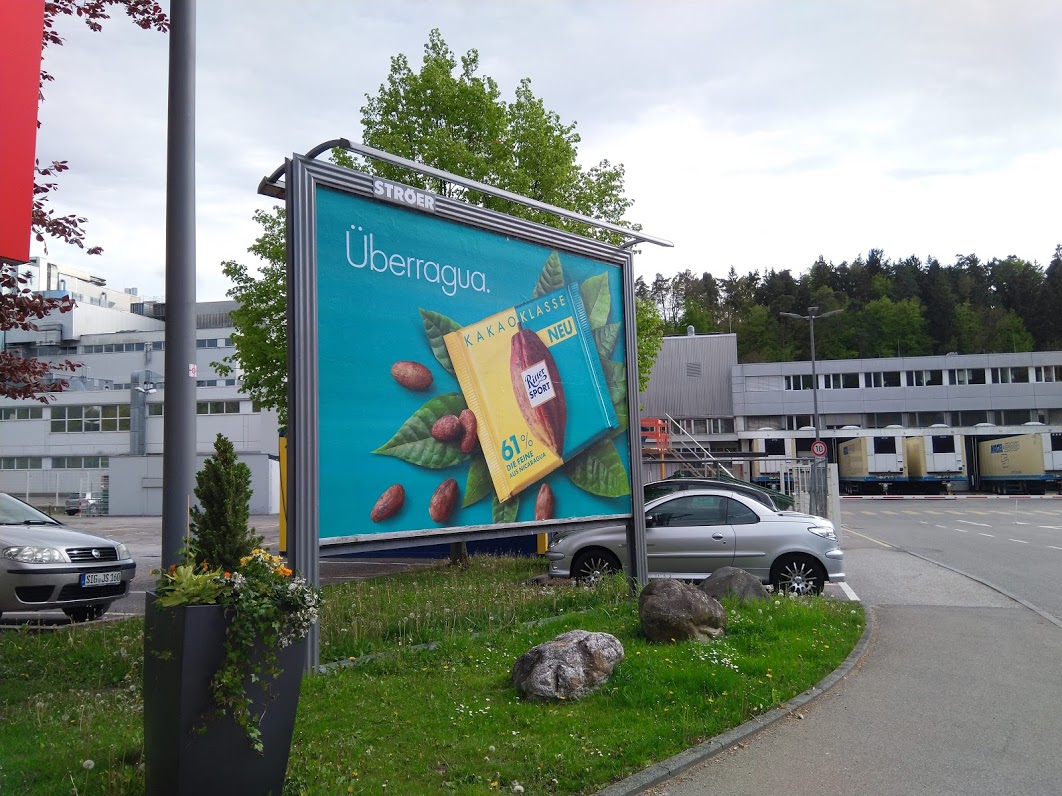 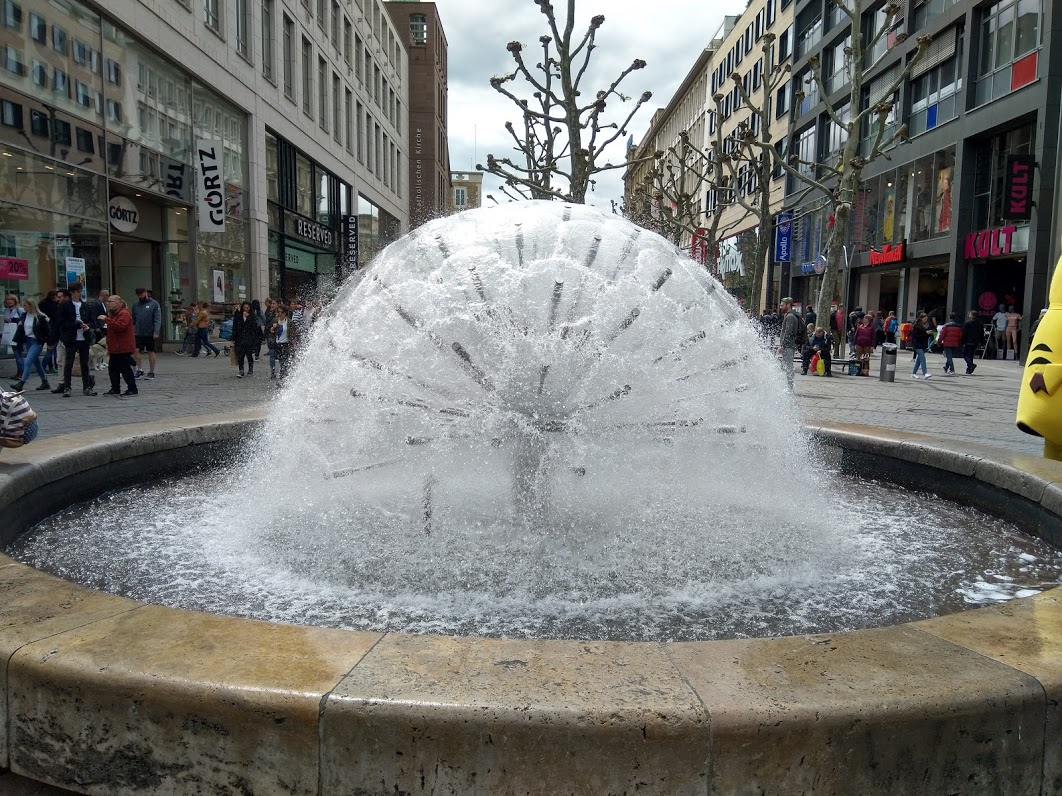 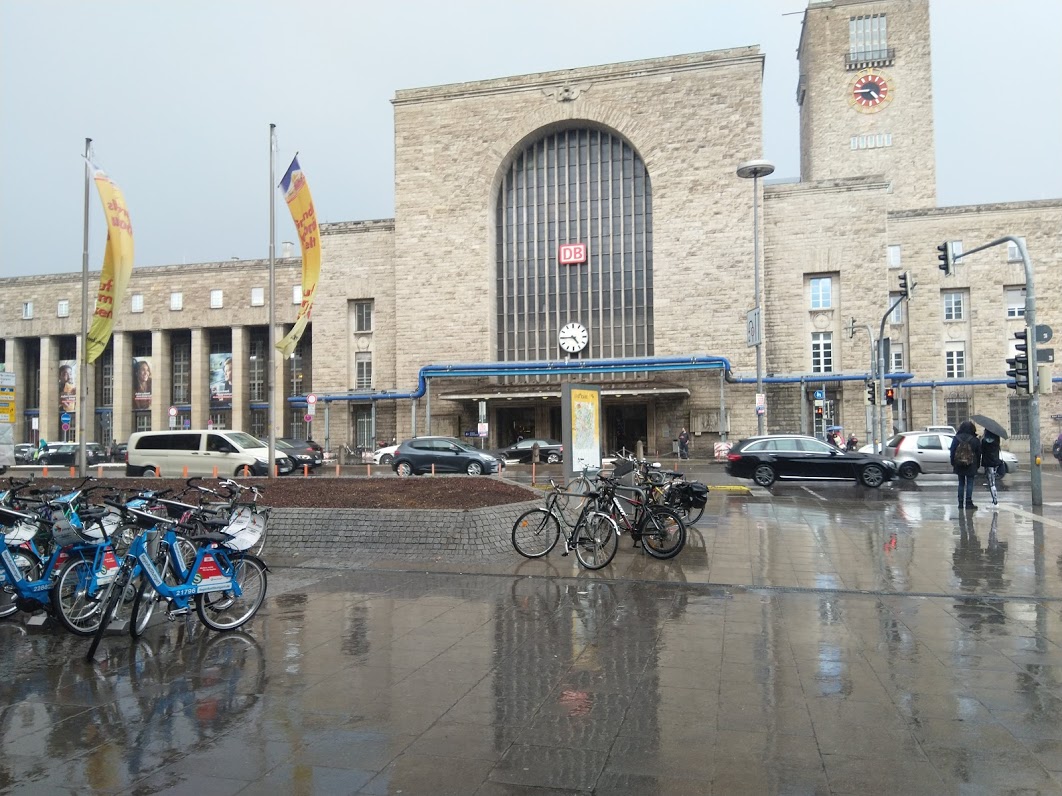 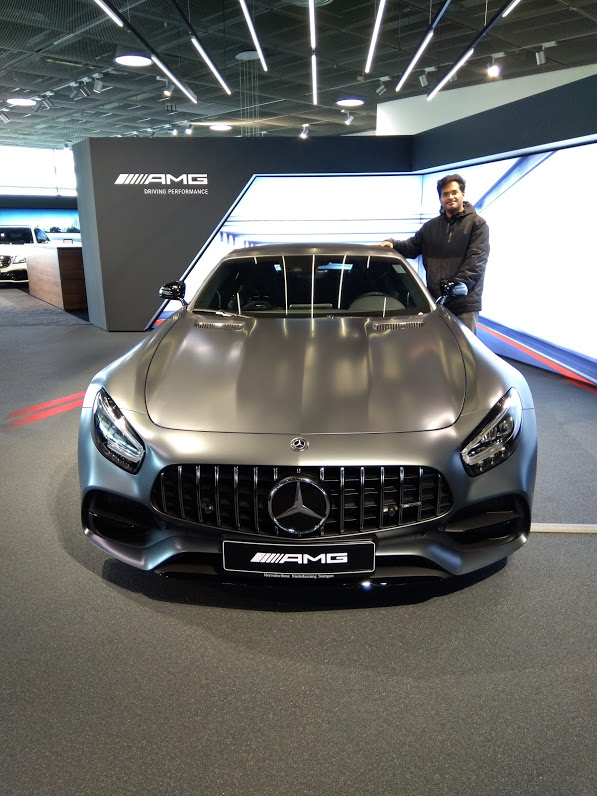 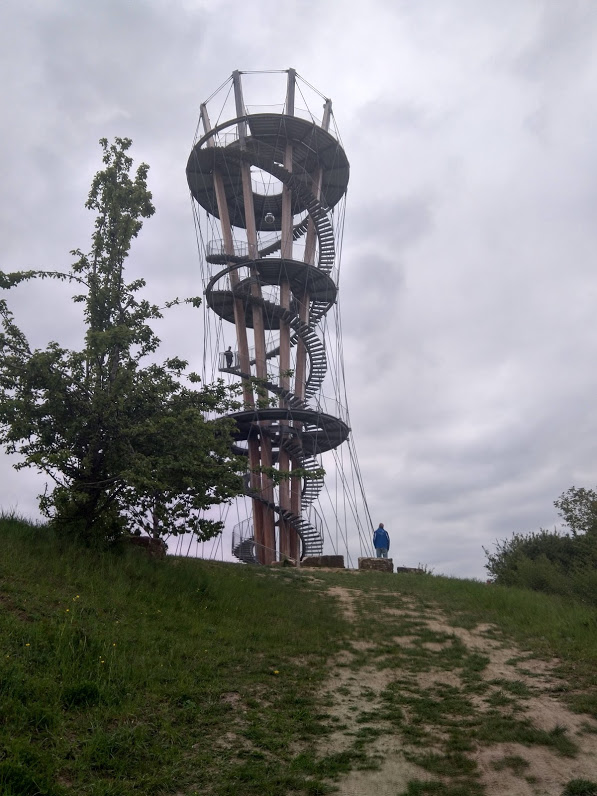 So there was a meeting at Esslingen(~40Km from the office), which we need to attend. Its with another department within Daimler. The meeting was at 10:00 AM, and we were leaving from office around 9:20 AM. So we got into a brand new C-class Mercedes. Counterpart took the rider’s position and navigated to Esslingen. Off we leave Stuttgart, and passed the city roads to enter Autobahn. We could see the greeneries on both sides. And sometimes some AMGs and MSports swishing next to us. Autobahn is the only road(I know of), where there is no upper-speed limit. Yes, literally you could go at any speed. And we reached the destination at 9:50 AM. Even google maps is punctual here. One thing, in particular, we see in Germany(and German organizations) is punctuality. If the meeting starts at 10:00 AM, then 10:01 AM is a late time. 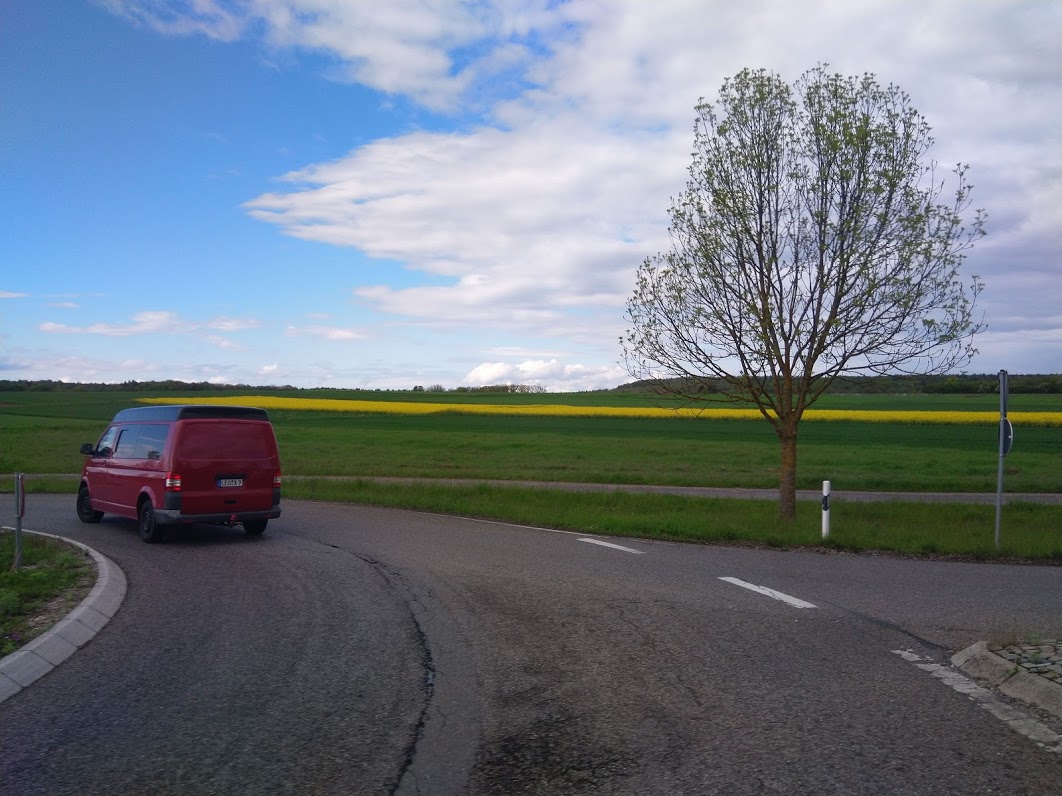 Afternoon I try to eat at the cafeteria mostly. German food. Food is a bit expensive if we compare it to the Indian price. It will be like 7 to 15 Euro average after employee discount. I liked German cuisine. It’s less spicy, healthy, and tasty. 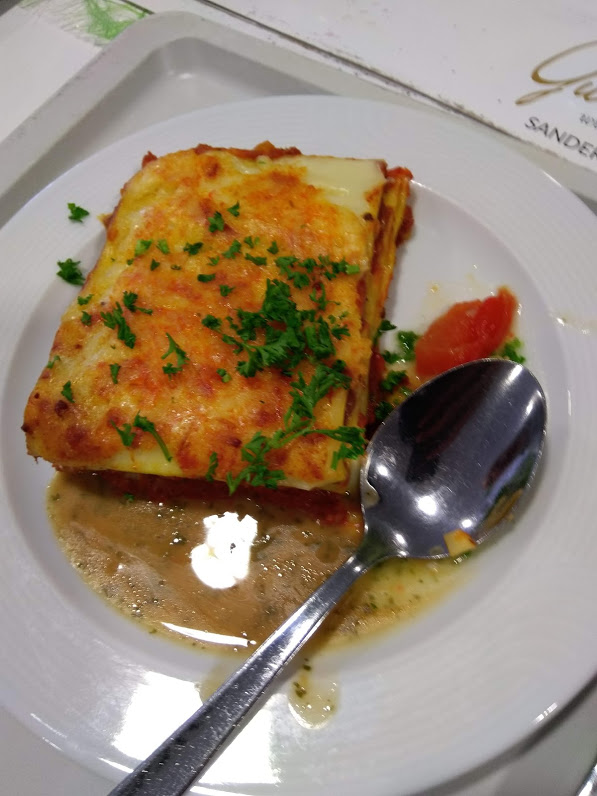 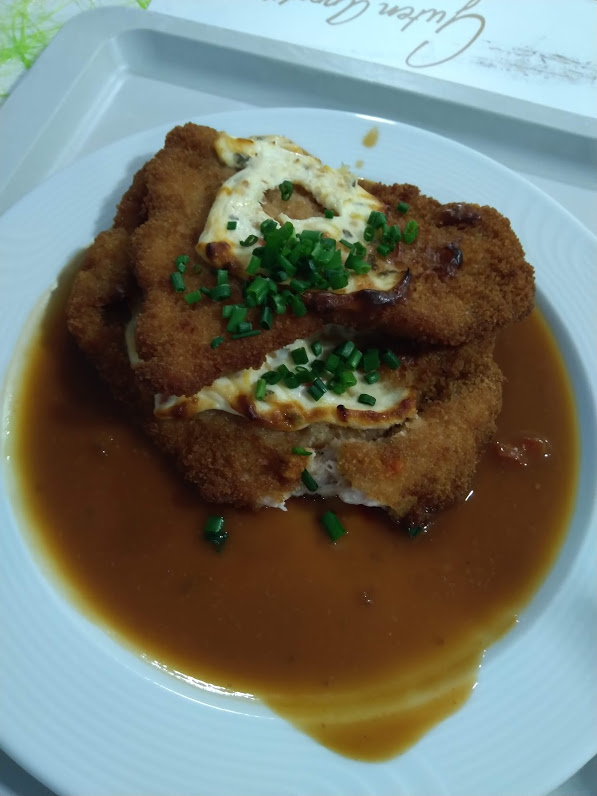 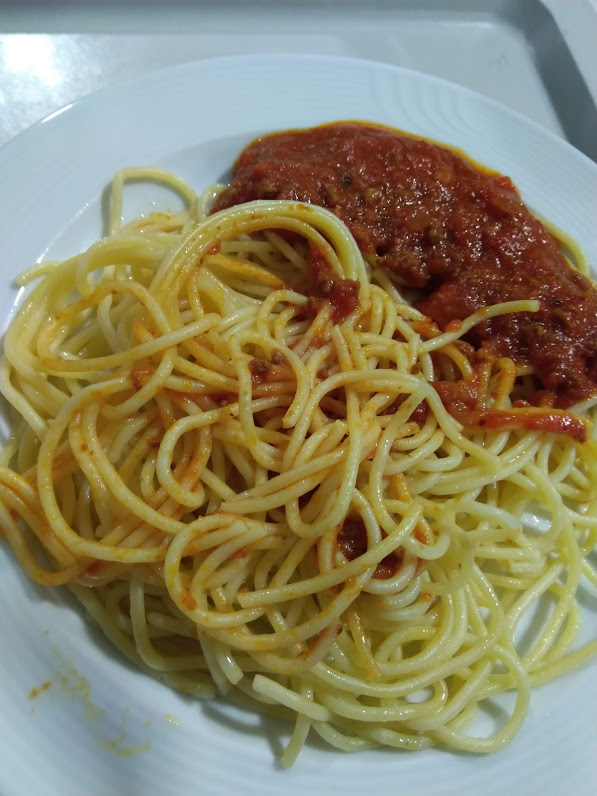 Why travels are important?

Generally, it will be more of meetings when you are in Germany. Meetings where we plan the next release in detail. Working with counterparts closely helps in understanding the problem’s depth. Interacting with end users provides a clear perspective of their expectations. We may get subtle feature requests from end-users, which we might not even consider as a user-story. But lots of these tiny subtle features combined give a user experience, where the user feels fun to use. I feel travel is one of the best strategies for enriched development. For sure, am gonna miss the post COVID travels.

The people I have mentored at MBRDI were bright and enthusiastic. I was lucky to have such great mentees to be mentored. I wish all of them to have a great career path ahead. I love mentoring. For me mentoring is a two-way channel. We will have a lot to teach and learn from the mentees.

I feel every team’s growth relies on the youngsters in the team. If graduates or freshers are joining, we have to take responsibility to ensure that they are learning things in the right direction. I have seen people getting mentored in the wrong direction and become stubborn to learn things the right way.

The astonishing journey at Daimler gave me a chance to interact with some of the awesome people within Daimler. Priceless knowledge learned from the mentors have affected the way I used to work. I would like to express to all my counterparts, managers, leads, and other colleagues a sincere thanks from bottom of my heart.

Saying goodbye to Daimler is hard. It was very tough to take this decision. But when our options are limited, we may need to take a choice.

Nevertheless, countless great things happened in my life, at Daimler. Maybe I will categorize and list a few.

Good things happened when am at MBRDI.

Why you should work for MBRDI?